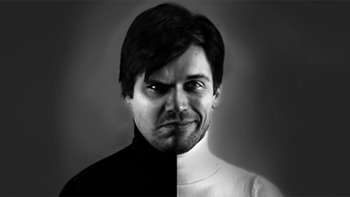 Have you ever heard of a book on economic thought which was turned into a successful and popular theater piece? Tomas Sedlacek’s debut has achieved nothing less. After 80 showings across Czech and Slovak republic in less than a year, it keeps selling out the National Theater in Prague.

GOOD AND EVIL ON STAGE

Tomas Sedlacek’s inspiring book has become a pivotal piece of LiStOVáNí – a series of road-show readings on stage devoted to unique literature. Among sixty various shows, Economics of Good and Evil has become by far the most popular one with over 80 repeats in 50 towns and cities across Czech and Slovak Republic. Its success has peaked on a New Stage of The National Theater in Prague, which has been sold out five times by the play so far. Here, you can see a five-minute video-trailer with English subtiteles from one of the most succesful repeats.

The experimental scenic reading brings in a new opportunity to explore why Sedlacek managed to touch off a wildfire of debate about what defines economics in the aftermath of the financial crises. “I could not imagine how a 300-page book could be squeezed into a one-hour play. But when I saw the show for the first time, I was impressed. I could hardly select the key parts better,” says Tomas Sedlacek, who co-stars in a play and follows the show with a debate on up-to-date economic topics.

After the tremendous success of theater adaptaion of The Economics of Good and Evil, Tomas Sedlacek was drafted by The National Theater to run a new live talkshow on stage. Its title INTERPELACE (interpellation) evokes what the projects aims for: to interview a trio of inspiring people with the goal of revealing their look on up-to-date issues. The project has provided Sedlacek with a new opportunity to explore his extraordinary gift for engaging mass audience in a debate about complex topics. Two prime ministers have been interviewed recently about their feelings about a task to reform.